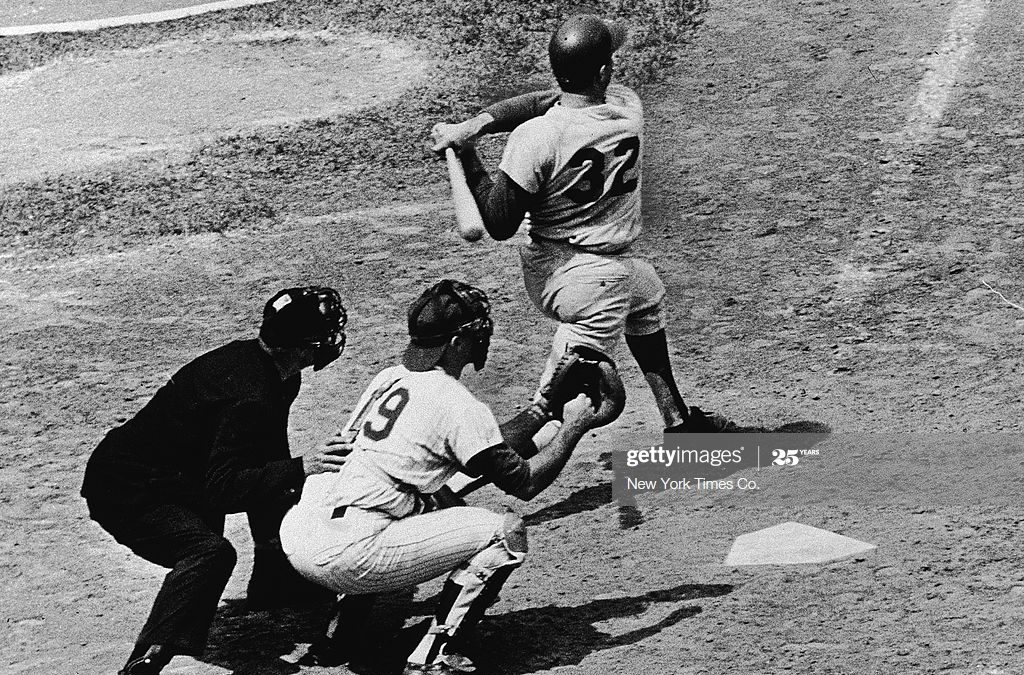 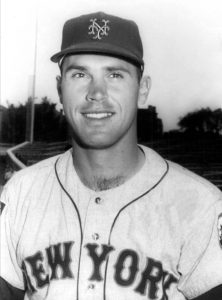 I’ve written about the importance of the first four players I interviewed … the cornerstones … and Robert “Hawk” Taylor is the fourth of that group. Hawk’s willingness to meet with me, along with Phil Roof, Jim Hickman, and Boog Powell, established a foundation of credibility that allowed this project to move forward. Three of the four met with me for a second interview, Hawk included, which told me that the players believe that I had a viable story to tell.

Hawk Taylor was born to be a baseball player. Hawk’s mom played baseball around southern Illinois, and his dad was talented enough to play professionally (but he quit because he made more money driving a truck). Hawk had two uncles and a cousin that played professional baseball, and after the MLB season was over, his uncles would come home and spend their time teaching him how to play the game of baseball. Ironically, the lessons he learned from his uncles and his ability to hit a baseball could be the reason his eleven-year journeyman career wasn’t the 15-year All-star career that he, along with many others, expected and that he could have achieved. 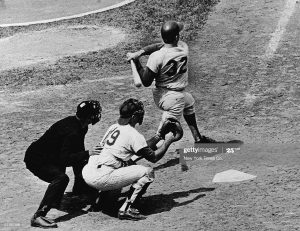 American baseball player Sandy Koufax of the Los Angeles Dodgers at-bat, Hawk Taylor of the New York Mets is catcher, and Ken Burkhart is the umpire (left), New York, New York, June 5, 1966. The game, part of a 4 game series in New York, was part of a doubleheader, which ended with the Dodgers and Mets each winning one game. (Photo by Ernest Sisto/New York Times Co./Getty Images)

Major League Baseball has always been a league of “have’s & have not’s.” The teams with the most money got the best players, and if there wasn’t a spot on the major league roster, the player was kept in the team’s minor league system as insurance in the event of an injury. This system of “have’s & have not’’s” was becoming an issue in the competitive structure of baseball into the mid-twentieth century, so Major League Baseball decided to take action. In 1947, the Bonus Rule took effect. Various changes to the rule took place until 1953 when the most restrictive rule went into effect through 1957. Major League teams were required to place an amateur player on the major league roster for two years immediately upon signing if the player signed a contract for $4,000 or more. Known as “Bonus Babies,” these kids, right out of high school, were stuck on the major league roster instead of working their way through a minor league system that would enable them to improve their skills, plus to grow physically, mentally and emotionally. This rule was supposed to keep the wealthy teams from hoarding young talent, but it resulted in many players never reaching their full potential, such as Hawk Taylor.

Hawk was a “Bonus Baby,” one of approximately 60 players with this designation between 1953 and 1957, a list of players that no one other than a baseball historian would recognize. Out of these 55 to 60 players, you had three recognizable names: Sandy Koufax, Harmon Killebrew, and Al Kaline. I won’t get into how much Hawk’s signing bonus was, but he received the second-highest signing bonus of all of the players, and his bonus was higher than Koufax, Killebrew, and Kaline’s was combined. The baseball establishment expected great things from Hawk Taylor; unfortunately, Major League Baseball’s Bonus Rule was a primary contributor to Hawk’s inability to capitalize on his early success.

Hawk went straight to the major league roster of the Milwaukee Braves, having never spent one inning in the minor leagues, and during his first major league season, he played in a total of seven games but had just one plate appearance. Imagine spending 10 of the first 18 years of your life being the best baseball hitter anyone had seen to spending the next year just sitting on the bench, and as Hawk told me, “I should have been playing in the minor leagues.” In 1958 Major League Baseball rescinded the bonus rule, and Hawk went to the minors to get some playing time.

After hearing this story, I had to ask Hawk the question: “Would it have been more beneficial for you, as a baseball player, to have not been a bonus baby, to be able to go into the minor leagues? That wasn’t an easy question for Hawk to answer, although he doesn’t say it, his situation was “wrong team, wrong time.” The Braves already had three quality catchers blocking his path into the starting lineup.

A story I found interesting, as interesting as Boog Powell’s nickname story, is the story behind Robert Taylor becoming Hawk Taylor. Hawk of the Wilderness is a 12-part movie serial from the 1930s. As a young Robert Taylor became fascinated by this movie serial, his uncles tagged him as Hawk. As he told me, “I became Hawk … ‘cuz most of my teachers called me Hawk, so I was Hawk, Hawk Taylor.” His telling of how he became Hawk is a story you can’t miss.

By the way, what has happened to nicknames? I miss nicknames, nicknames defined who you were, or at least what your friends thought you were! Can anyone answer that question? 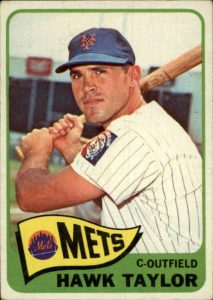 Hawk passed away in 2012. I couldn’t thank him or Mrs. Taylor enough for the time they spent with me, and I regret that I can not sit down with him and dive deeper into the local history of Paducah and southern Illinois baseball from the 40s and 50s, Hawk Taylor had stories to tell.

Hawk truly enjoyed the game of baseball, both as a kid and a professional … as he told me …